Meet me in the Drawing Room

It's where the ladies entertain and the men retire. 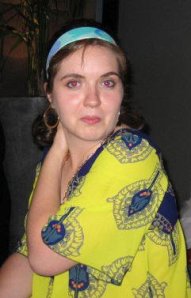 My thesis is done! Woooooot. 100 pages, 20 illustrations, 60 sources and over two years worth of tears, sweat, barnes and noble bills and overdue library books. I confess — there are two typos. Bugger. None the less, Columbia’s art history department now has in its possession my thesis by me. I can clear my shelf in Avery and relish the joy in having the freedom that follows a life without deadlines. I graduate on May 20th, yet that inevitable question that chases a pending grad has already reared its ugly head: you have a masters, now what?

You have a bachelors in Economics and a master’s in art history from Columbia. What are you doing next?

You’ve written a thesis on the professionalization of women artists in the 19th century and the revival of the painter-etcher in the 1880s. Whaccha gonna do with that?

It’s an economic recessions. What are your options?

It’s a question that can be phrased in a thousand ways. Often it’s coupled with further queries into my personal life, usually “is there a boyfriend?” (I’ve gotten particularly good at dealing with the second one! “No, not yet it’s on my to do list… but they’re just so much work!”) The pair of questions are not new to me — I went through graduating two years ago. Then I was fortunate enough to have the master’s program lined up and thus an easy and credible explanation about my future. It’s a little different this time round.

When people ask me “now what,” I respond honestly but with hesitation: I’m taking the next year or two to write a book. About what? It’s an expansion of my thesis — my advisor wants me to do it. It sounds impressive doesn’t it? “I’m writing a book.” And if I’m wearing my glasses and when I tell you this, it’s even more impressive because I look like a legitimate intellectual.

But there are a few other things I could say, and have said that are also equally honest. I’m doing what all the cool people are doing — being unemployed for a while. That usually elicits a good laugh, and if not a laugh starts a serious conversation about the current state of the job market and looks of wonderment at the idea that a girl with 2 ivy league degrees is still not qualified for anything more than an unpaid internship in the present economic environment. I tell them I need a Rhodes — that’s the masters degree that promises legitimate jobs, PhD program acceptances and big-time book deals. If you have a Rhodes, everyone assumes you’re the next Bill Clinton, regardless of what that degree is in. If you have a master’s in art history, everyone assumes you’re going to be the next star of The Real Housewives of New York…

Which brings me to my other response to all those who ask, “what now.”

Two years ago as a weapon against those puzzled faces that appeared when I told people I was doing graduate work in art history, I pulled out the “but it’s really a practical degree in Trophy Wifedom and cocktail party conversation.” Of course, I wasn’t serious. Art History is fantastic as a discipline because it forces you to deal with a broad range of topics and fields as well as with the visual world. So yes, it does make you a fantastic conversationalist at cocktail parties and does lend you an air of sophistication (when required). But I aspire for a career in academia or as a museum curator… wife to a trophy husband or not.

Ya.. well that was before the economic crash. I have a fatal addiction to shoes and DVF dresses, and my little book on Ellen Day Hale ain’t going to pay those credit card bills. So, surely there’s some financially stable guy out there who’s just pining for an art historian wife? Did I mention I can cook too?

A poet who reads his verse in public may have other nasty habits. - Robert Heinlein